In an emerging awakening to the plight of Syrian refugees, Britain, Germany, Kuwait and Norway are co-hosting a conference on February 4 with the United Nations. Leaders from countries around the world, NGOs and civil society are expected to attend.

With 13.5 million Syrians displaced, or in vulnerable situation, within Syria and 4.2 million in neighboring countries, the conference aims to address the health, safety and education of these people. We are proud to have been invited to participate in this pivotal discussion and we look forward to providing our insights and support on the humanitarian crisis.

ITWORX Education, represented by its financial backer, private equity firm EuroMena Fund, will put on the table a sustainable educational solution that has the power to address the pressing needs of school children affected by the Syrian crisis within the country itself as well as in neighboring countries. An estimated six million Syrian children have been displaced within Syria with another two million child refugees living in Turkey, Jordan and Lebanon.

In late 2015, ITWORX Education conducted a successful pilot project in a Syrian refugee camp in Lebanon. By bringing quality education to the children inside refugee camps we were able to overcome challenges such a transportation and limited seats at Lebanese schools, and to draw on the collective clout of community and volunteer contribution from teachers. At the center of our blended learning solution is WinjiGo, an e-learning platform, designed to provide an unlimited learning experience, and help accelerate and personalize learning. Coupling WinjiGo with digital content tied into curriculums and smart technology-powered learning centers whereby education would be accessible both offline and online, our pilot demonstrated that we can deliver a real solution at a much more affordable cost versus traditional brick and mortar solutions.

Earlier this year, ITWORX Education also announced its participation in UN Special Envoy for Global Education Gordon Brown’s global campaign to get one million Syrian refugee children into school by the end of the next school year, via its membership in the Global Business Coalition (GBC) for Education. Led by Tom Fletcher, former UK Ambassador to Lebanon and currently Director of Global Strategy for the GBC for Education, the private sector coalition recently announced a pledge of $50 million by over 50 companies to support plans to get one million Syrian refugee children back into school. GBC-Education members are making commitments, both financial and in-kind, to support the growing crisis of Syrian refugee children in Lebanon, Jordan and Turkey.

However, financing is still the toughest challenge preventing refugee children from tapping into educational opportunities. Current funding to the 2015 UN appeals has not even reached expected levels – $3.3 billion versus an appeal of $8.4 billion. Both public and private communities need to move quickly. The longer the children are left out of school, without an education, the higher the numbers for child labor and marriages, and the greater number of adults that will not be able to secure jobs in a few years’ time. We look forward to positive outcomes from the conference and to the commitment of the international community to this cause. 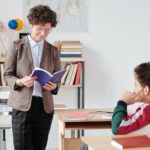 Tips for teachers in 2022 for online education 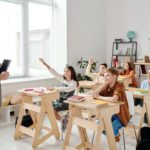 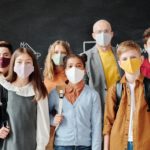